Posted By Stephanie on 9th November 2021
SHARE THIS ARTICLE:
A two-year campaign by Cruelty Free Europe's French member, One Voice, has played a part in stopping global animal breeders Marshall Bioresources (MBR) expanding its site to breed Beagles at Gannat in the Allier department of central France. The appeal against MBR’s plans to build a new 3,600m2 facility, by One Voice and partners France Nature Environnement (FNE) Allier, was upheld by the Administrative Court of Clermont-Ferrand on the grounds of its likely environmental impact. MBR bought the Gannat facility in 2017, and earlier this year also purchased the Centre d'Élevage du Domaine des Souches, in Mézilles in the Yonne department of north-central France, which breeds Beagles and Golden Retrievers for sale to laboratories. One Voice had previously saved four female Beagles from the Gannat site in 1999. 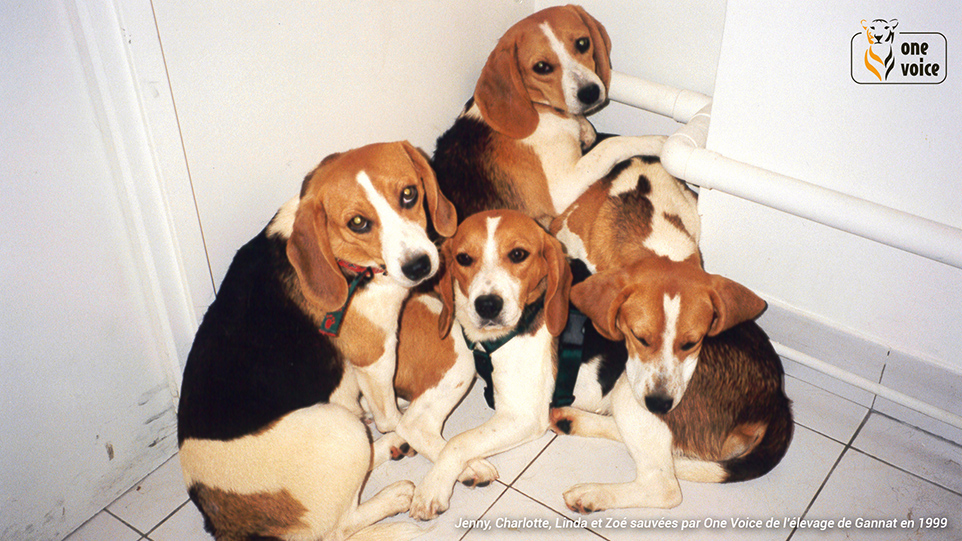 MBR, founded in 1939, has offices in New York, Lyon, Hull, Beijing and Japan. It developed its first ‘Marshall Beagle’ colony in 1962 to breed dogs for experiments. Our Director of Science, Dr Katy Taylor, said: "This is great work by One Voice and others. It breaks my heart that there are plans to breed yet more Beagles destined for a life of suffering in laboratories in Europe. We know more and more about the sentience of dogs and the unreliability of experiments involving dogs. This must stop." Muriel Arnal, founding president of One Voice, said: "Dogs suffer martyrdom in laboratories. And breeding in Gannat is no exception. The obscurity of this sector is deliberately retained; there is a need for more transparency and controls. France would do well to fund research into alternative methods. In the meantime, we are fighting for these dogs. Obtaining a ban on the expansion of this breeding farm signifies thousands of lives spared." If you are an EU citizen, we need you to help us end the suffering of Beagles like this and millions of animals used in experiments each year in the European Union. Our European Citizens’ Initiative (ECI) calls upon the European Commission to put forward a concrete plan to transition to non-animal science. Help us end animal testing by signing the ECI.
×